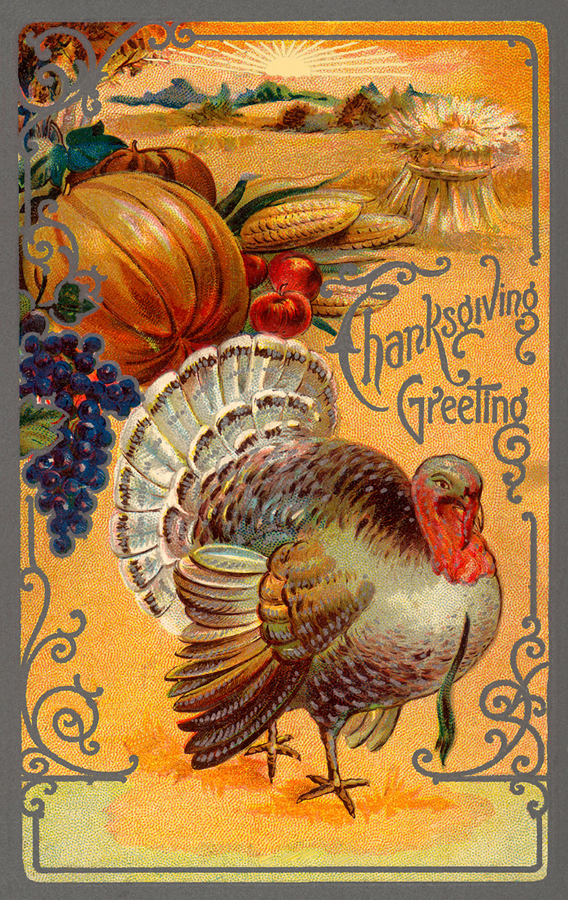 Happy Thanksgiving! Wishing everyone a wonderful holiday filled with family, friends, and good times.
All articles on this blog are © Copyright 2018 by Kathryn - Posted at 9:28 AM 0 comments

If you have German ancestors, you might want to give Geogen a try. The site produces maps of Germany showing the most common locations for a surname based on phone book entries. While  this represents fairly recent data, the concentrations might give some clues to help find the regions a family originated from.

I knew my Rohrer family was from Ellwangen, Germany, so I was curious to see where the current Rohrers were located. The map below shows the relative distribution for the Rohrer surname based on number of entries per million. The darker the color, the more Rohers are located in that area. 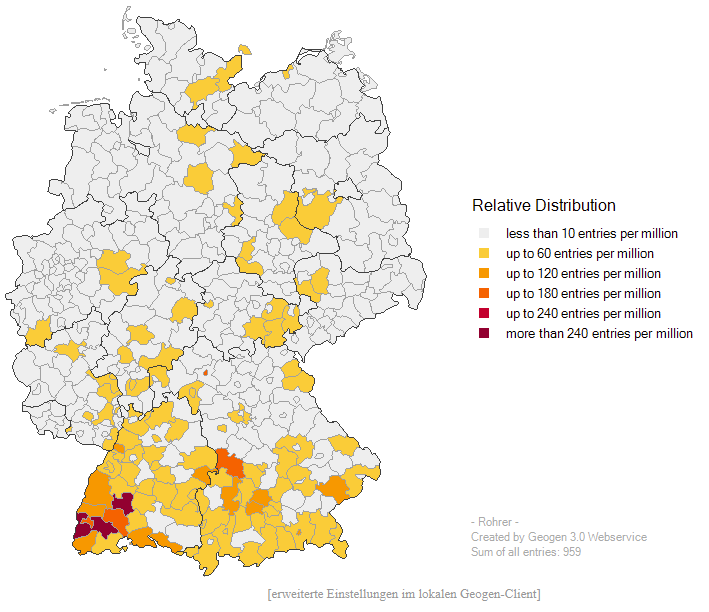 Ellwangen is in the district of Ostalbkreis, which I've circled on the image below. Interesting to see that my Rohers were from the same part of Germany where many of the present day Rohers are concentrated.

The site also has some other tools. A Name Graph shows similar surnames. This seems to be random since I get a different set of names each time I select it, but it does point out some different spellings to try. There is also an option for an absolute distribution map which is color coded based strictly on the number of entries for an area. The relative and absolute maps were fairly similar for the Rohrer families. A pie chart tool displays the surname distribution sorted by Federal States. 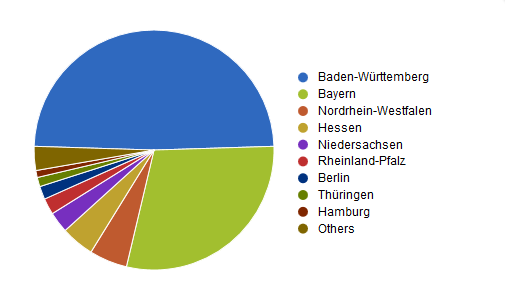 The Geogen site was developed by Christoph Stöpel and is free to use. Images may be posted as long as they are not commercial and the copyright notice is not removed. Thanks to Family Tree Magazine for mentioning Geogen on their Facebook page.

Mappy Monday is a GeneaBloggers prompt where you can post map images and how they relate to your research or discuss other aspects of land ownership and your ancestor.
All articles on this blog are © Copyright 2018 by Kathryn - Posted at 12:30 AM 0 comments

Email ThisBlogThis!Share to TwitterShare to FacebookShare to Pinterest
Labels: Rohrer

I posted earlier about an entry in an abstract for the Wilmington Clinton Republican newspaper that stated: DIED, Dennis Coakley, of the 79th Reg. Ohio Vol. Leaves wife and 2 small children. The abstract for Dennis Coakley was taken from the April 7, 1865 edition of the Clinton Republican newspaper published in Wilmington, Ohio.

I took advantage of a special offer from Geneabloggers for a one month subscription to FindMyPast and much to my surprise they have the Clinton Republican newspaper online. The page containing the notice for Dennis Coakley was full of information on the 79th regiment and provided more details on Dennis' death. Following are some small excerpts from the newspaper page. 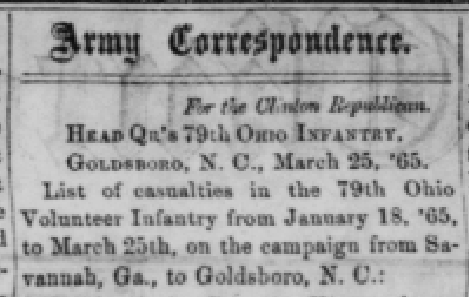 A list of casualties for the 79th OVI from January 18, 1865 to March 25th was provided to the Clinton Republican. According to the notice, the casualties occurred on the campaign from Savannah, Ga., to Goldsboro, N.C. Dennis Coakley was a private in Company G. 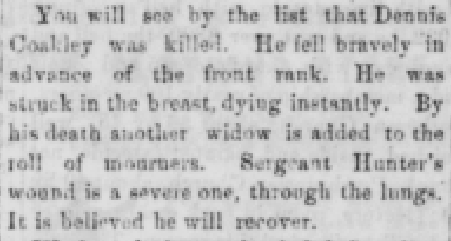 A special note was added about Dennis stating that he "fell bravely in advance of the front rank. He was struck in the breast, dying instantly. By his death another widow is added to the list of mourners". 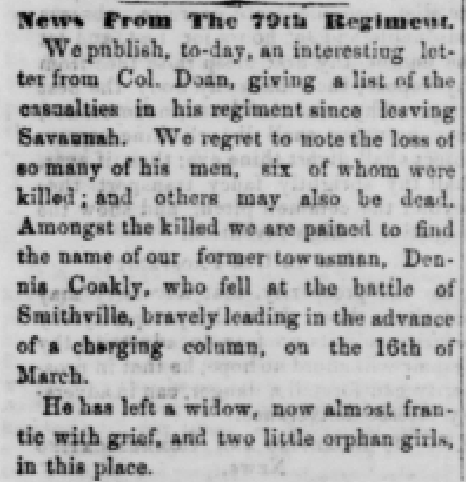 Another article on the same page provided a few more details. "Amongst the killed we are pained to find the name of our former townsman, Dennis Coakly, who fell at the battle of Smithsville, bravely leading in the advance of a charging column, on the 16th of March. He has left a widow, now almost frantic with grief, and two little orphan girls, in this place."

I'm hoping to follow up with more information on Dennis and his family through military and probate records.
All articles on this blog are © Copyright 2018 by Kathryn - Posted at 2:35 PM 0 comments

I haven't found a marriage record for my 2x great-grandparents George Chilcutt and Kate Covey, but I was able to find some information in other sources. The 1900 and 1910 census records state that Kate and George had been married for 24 years and 34 years which would place their year of marriage at 1876.
A newspaper article gives their wedding date as December 23, 1876. The article published in the Easton Gazette of Talbot County, MD on December 23, 1876 states: Chilcutt - Covey - By the same, at Wye Landing, Dec. 21, George Chilcutt to Miss Kate Covey.

I'm not sure what the phrase "By the same" means in this case since they were the first couple listed in the Married column. According to A Gazetteer of Maryland by Henry Gannett published in 1904, Wye Landing is on the Wye River in Talbot and Queen Anne's County, Maryland, so I can at least narrow my record search to those two counties. By the time the 1880 census was taken, George and Kate were living in Queenstown, Queen Anne's County, Maryland with Kate's mother Sarah Covey.