This is an update to my to-do list for my 2x great-grandparents. In the graphics below, I'm showing the parents for each of my great-grandparents and taking a quick look at how much research I've done on them to date.

I've made a lot of progress on my Councill families by going through land and probate records for Queen Anne's County, MD and the surrounding counties. I think Francis' parents were John Councill and Ann Baynard and I've found found several siblings for Francis. From land records, I know that Ann Baynard's father was Levin Baynard. I still haven't researched the Meredith family.

My Sparks and Godwin families are proving much harder to trace. Through land records, I know that Samuel's father is Daniel Sparks and from census records I know that Susan Godwin's parents are Samuel and Ann Godwin. I located Samuel Spark's obituary which was in an old email! I've found a few possibilities for Samuel Godwin's cousins and siblings, but nothing so far on his parents.

Since my last update, I received some information from the Clinton County Genealogy Society on my Creeden and Matson families. It didn't provide any information on their parents, but had some interesting data on some of their siblings and other relatives. I'd still like to find an actual vital record for Timothy Creeden and find out more about Mary Ann Matson's grandparents. I haven't made any progress on finding out what happened to Anna Niehaus' brother Albert Rohrer.

Since my last update, I made some progress on  my Schaefer and Desch families and posted the will of Catherine's father Ferdinand Desch. I haven't done too much more on my Pulskamps and Gasts.

I haven't researched my Willis and Chilcutt families since my last update, so still have a lot of research to do on these lines.

My Dad took this picture of a mural on the side of an Irish pub near Sneem, Ireland. It's an interesting source for a few Irish recipes! 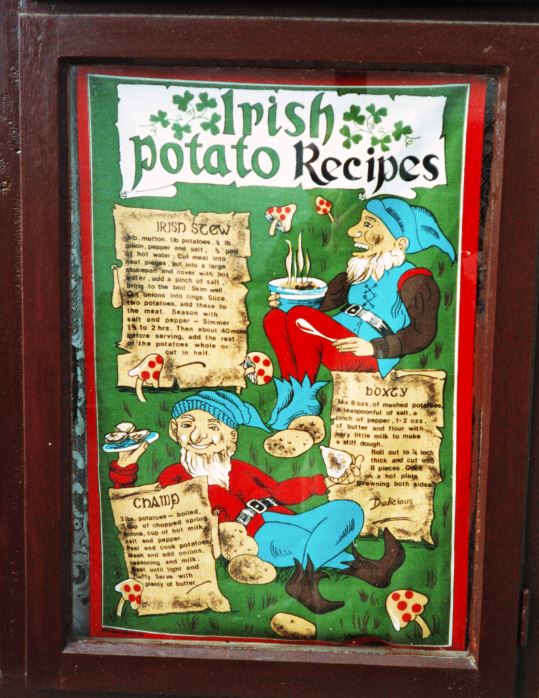 The recipes are for Irish Stew, Boxty, and Champ. 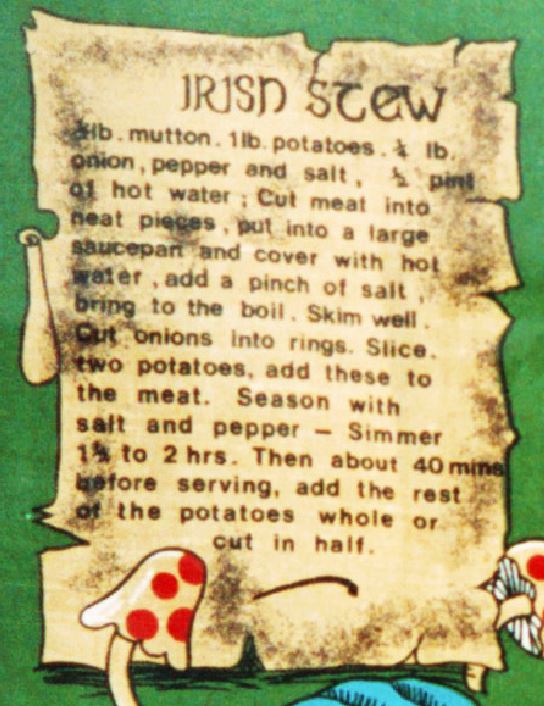 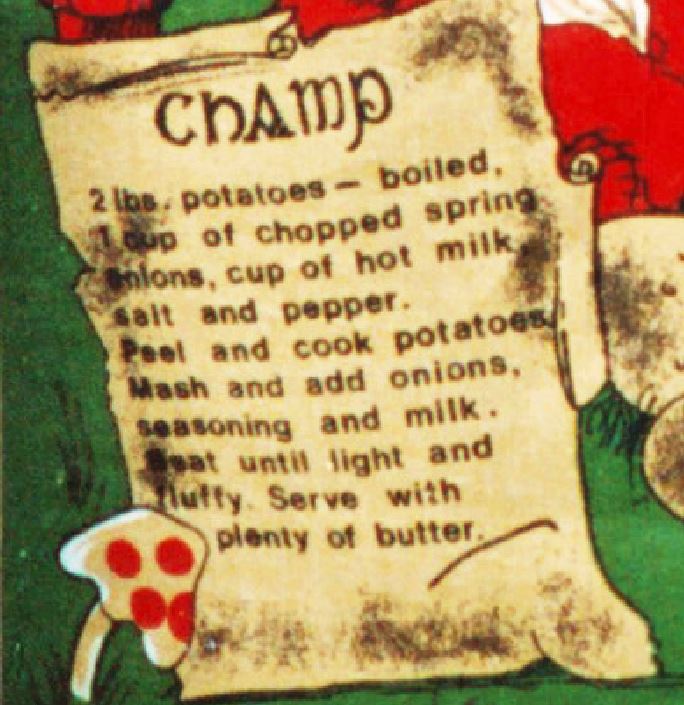 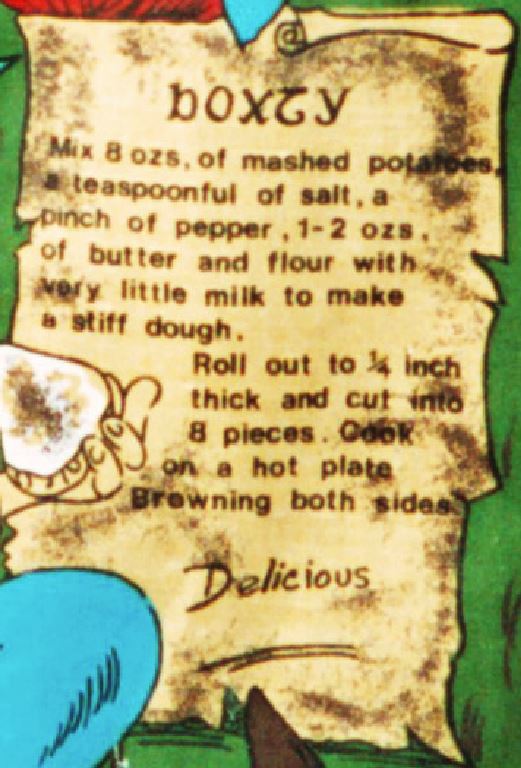 Email ThisBlogThis!Share to TwitterShare to FacebookShare to Pinterest
Labels: Ireland

I posted last September about a distribution for John Councell's estate in Queen Anne's County, MD in 1836. It named his widow as Ann Councell and named sons John, Thomas Henry, James, William, and Francis. I believe that this Francis is my 2x great-grandfather, so I wanted to know more about his mother Ann.

I'd been having great success finding family information in the Maryland land records, but didn't find anything to shed any light on Ann's family in the Queen Anne's records. It turns out that I needed to broaden my search to some of the neighboring counties.

This record is from Book N, Page 338 of the Caroline County Court Land Records on MDLandRec.net. 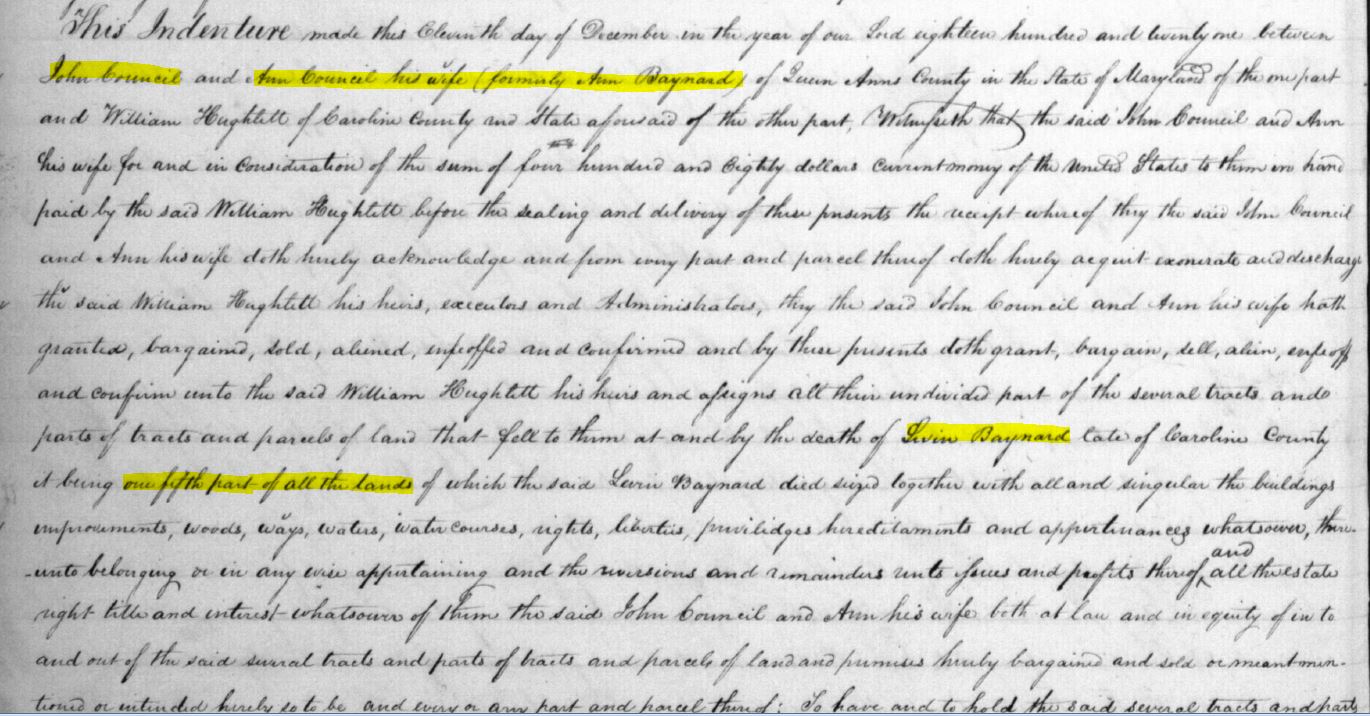 In the Distributions book from Caroline County for 1812-1828, Image 80 on FamilySearch.org, distributions from Levin Baynard's estate are paid to Levin Baynard, John Councill in right of his wife; Abner Roe (of William) in right of his wife Elizabeth; Samuel Credich in right of his wife Ann; and the children of the deceased John Baynard on August 29, 1826. That explains why John and Ann inherited 1/5 of Levin Baynard's estate. It is curious that a second Ann Baynard is mentioned as the wife of Samuel Credich (or Craddick) and the wife of John Councill is not named here. I've seen Samuel's wife given as Nancy Baynard in some online trees, so it's possible that Ann was a nickname. 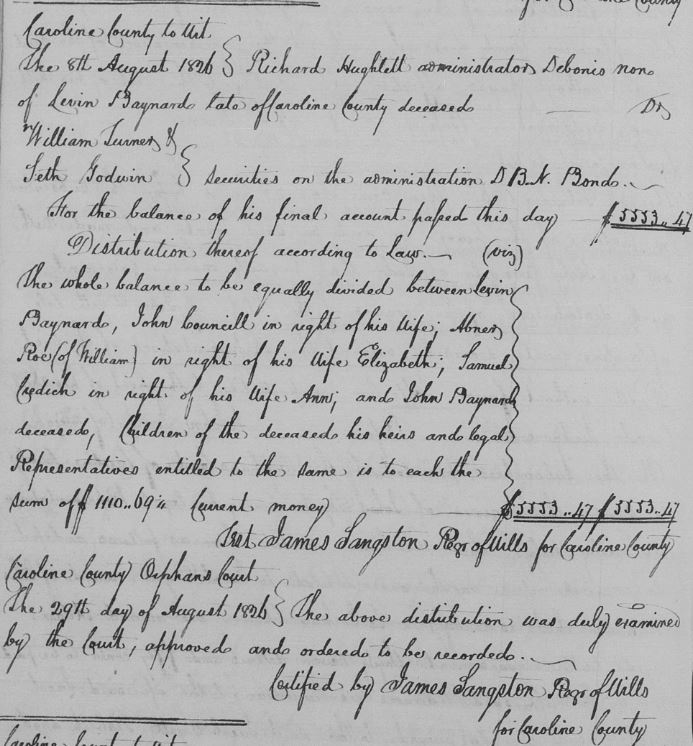 I'm guessing that Levin Baynard died without a will since the land record above says that he died "seized" and a Land Commission was formed to assess and divide his lands. 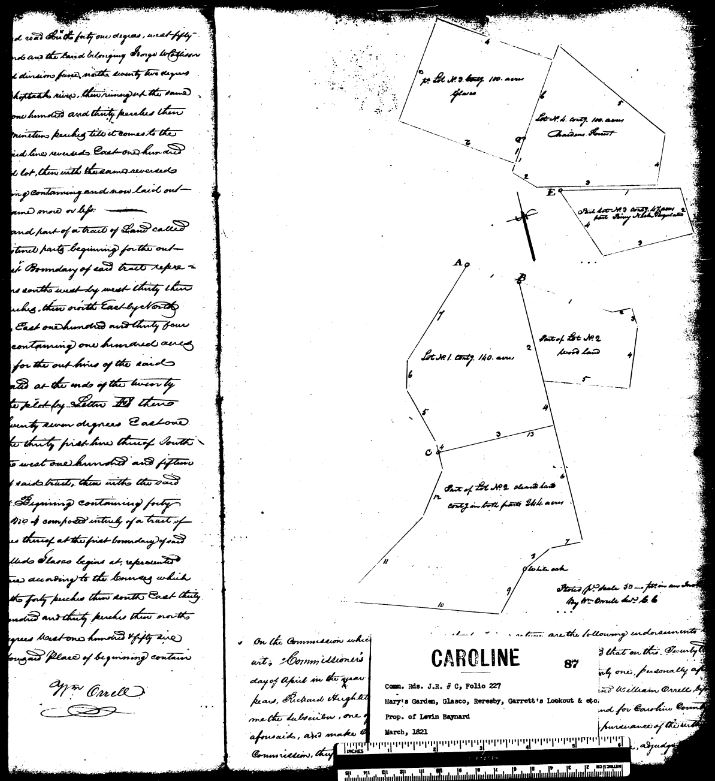 The record above is the only one I could find online for the results of the Land Commission from March 1821 on the Maryland Archives site. The index for the Land Commission names Levin's lands in Caroline County as part of Mary's Garden, Glasco, Keresby, Garrett's Lookout, Sandy Hill, Jackson's Meadows, Byrn's Bower and Piney Neck.

John and Ann Baynard Councill sold their share of Levin's estate in December 1821, so I suspect that there are more distributions and account records for Levin's estate. The only one I've found so far is the one from 1826.

There is still a lot to investigate, but it seems probable that my Francis' parents were John Councill and Ann Baynard and that Francis' grandfather was Levin Baynard.


Thanks to Cindy of the Eastern Shore Facebook group for pointing me to the land record for John and Ann Baynard Councill!

Mappy Monday is a GeneaBloggers prompt where you can post map images and how they relate to your research or discuss other aspects of land ownership and your ancestor.