My father worked for NASA during the Apollo and Shuttle programs and often received souvenirs of the space missions. This memento from Apollo 14 is a wallet-sized card with a small piece of the lunar surface safety line carried by the astronauts on the moon's surface on February 5-6, 1971. It has a picture of the launch in the background and the names of the Apollo 14 astronauts: Edgar D. Mitchell, Alan B. Shepard, Jr. and Stuart A. Roosa. The other side of the card has my father's name and the NASA logo used during the 1970s. 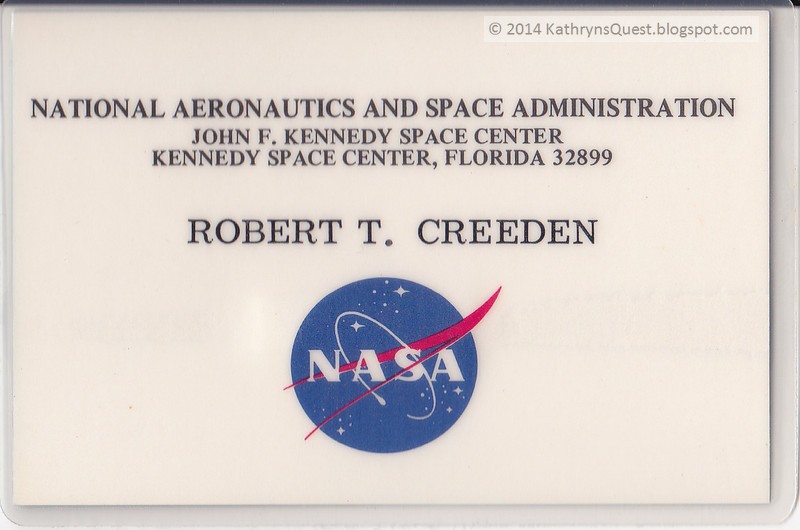 According to SpaceFlownArtifacts.com, the lunar safety line was a 100 foot long cord designed to be used to pull an astronaut to safety if they were unable to climb up a steep slope or out of a crater. Since the safety line wasn't used, it was decided to use it in mementos given as a thank you to the staff at the Kennedy Space Center for their efforts on the Apollo program. A letter of thanks was distributed along with the card, so I'll have to see if I can find the letter in my father's collection.
All articles on this blog are © Copyright 2018 by Kathryn - Posted at 9:01 AM 0 comments

Today marks the start of a six month celebration of the founding of the Immaculate Conception Church in Celina, Ohio. The church was founded in 1864 by twenty Catholic families. Construction of the current building began in 1900 and completed in 1903. There are some wonderful photos and history of the church on the 150th Anniversary Facebook page. My father's side of the family has strong ties to the church and many of my ancestors were baptized, married and worshiped there.
My Creeden family moved to Mercer County in 1885 and in Timothy Creeden's will, he stipulated that $100 be given towards construction of the new church and $100 be given for masses for the repose of his soul.

My father went to the ICC school from first to twelfth grade and graduated from there in 1952.

From the pictures I've seen, the interior of the church is beautiful. This postcard doesn't have a date, but is probably from the late 1940s or early 1950s. It shows the church as it was decorated for Christmas that year. 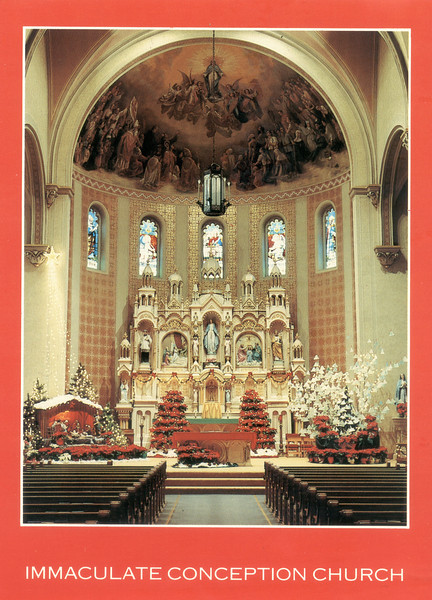 Congratulations to the parish on their 150th anniversary!
All articles on this blog are © Copyright 2018 by Kathryn - Posted at 12:17 PM 0 comments 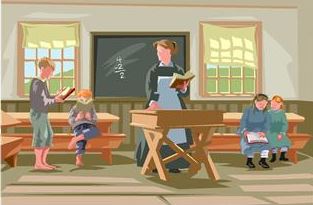 Here are a few of my favorite finds for the past few weeks:

FamilySearch.org recently added indexed records to their collection of US WWI Draft Registration cards for 1917-1918. As of this latest addition, the index is 96% complete. Since they are still adding records for Ohio, I decided to see if there was anything new for my Creedens.


My great-grandfather's registration card shown above was dated June 5, 1917 and showed that he was working as a Foreman at the Mersman Brothers Brandts factory. This was a large furniture factory in Celina. Charles was 30 years old and was living on S. Fulton in Celina with his wife Anna and children Robert and Mae.


The second Charles Creedon was 21 years old and gave his address as 226 Walnut in Wilmington, Ohio, although he was working as a machinist at the Continental Motor Company in Detroit, Michigan. He was single when the card was signed on June 2, 1917. I noticed that while the name was indexed under Creeden, it looks like this Charles used the more common spelling of Creedon.

Despite what my Charles' brother Edward stated, I don't believe that my great-grandfather ever served in the military. I found a couple of probable matches for the second Charles in the military records on Ancestry.com. He's listed in the Official Roster of Ohio Soldiers, Sailors, and Marines in the World War, 1917-18 and the Ohio Military Men databases.

The Immaculate Conception Church in Celina, OH published a monthly devotional magazine that also contained information about the church's parishioners and officers. The February 1935 cover page displayed a picture of the church and named the priests serving the parish. 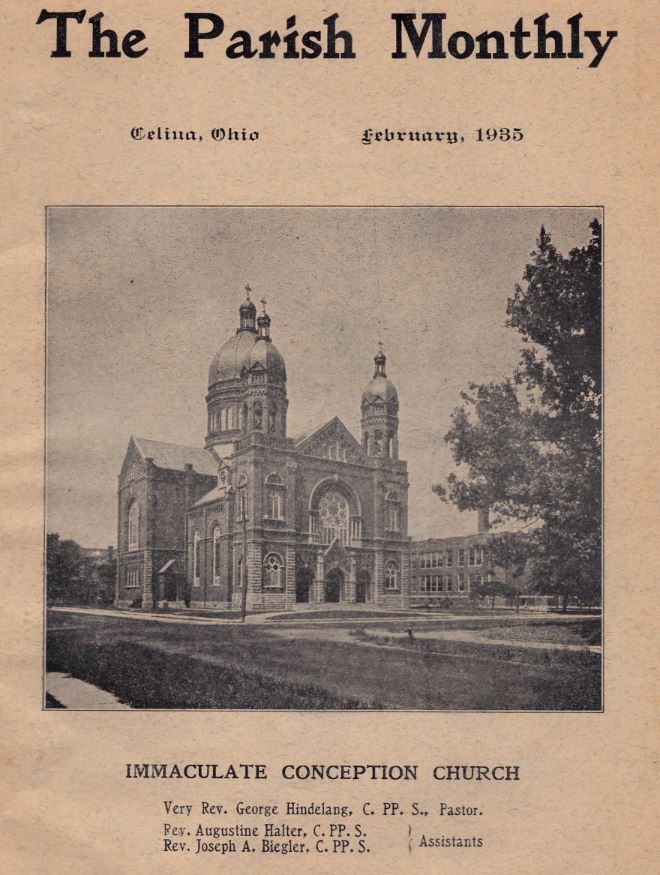 Rev. George Hindelang was the Pastor of the church with Rev. Augustine Halter and Rev. Joseph A. Biegler serving as his assistants. The officers elected in 1935 for the church societies are shown below.