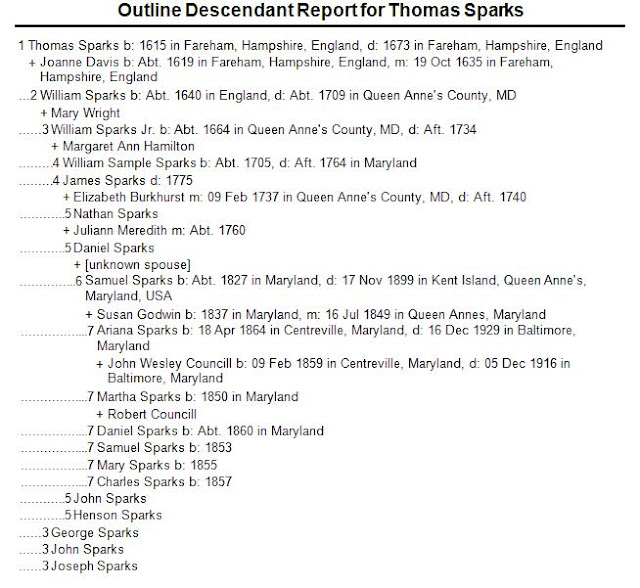 My great-grandmother Ariana Sparks was born in Queen Anne's County, MD and later moved to Baltimore, MD with her husband John Councill. Her parents were Samuel Sparks and Susan Godwin. Samuel Sparks is named in land records along with his father Daniel, uncle John, and his siblings and spouses.

The will of James Sparks names sons Daniel, John, and Henson. This is one of the shakier links since I don't have proof that these are the same Daniel and John Sparks named in the land records with Samuel Sparks. The time period and location in Queen Anne's County seem to fit.

Sources for the first four levels in the tree are the Sparks Quarterly and the Sparks Family Tree.
All articles on this blog are © Copyright 2018 by Kathryn - Posted at 9:23 AM 0 comments