Ten years ago today, I was getting ready to go out the door to work in Florida and went over to turn off my clock-radio. The DJ's tone of voice changed and he said if you were near a TV, you might want to turn it on. He said a plane had hit one of the World Trade Centers, but they didn't have many details yet.

I remembered that a small plane had hit the Empire State Building a long time ago and I was thinking it must have been an accident like that due to fog or bad weather. When I turned on the TV, I was shocked to see blue skies and the size of the damage. The news reporters were trying to make sense of what had just happened and whether it was an accident or on purpose. Then the second plane came around and hit the second tower. There was shock and horror in the reporters voices as everyone realized that this was an attack and that we had just witnessed the killing of many people on live TV.

I went on to work while listening to the radio in the car. Everyone at work was in shock and watching the internet sites for updates.They put a TV in a conference room for people that wanted to watch, but most of us just hunkered down in our offices and watched from there. The horrific reports kept coming in with the Pentagon being hit, the towers falling, and another plane down in Pennsylvania. I went home in the afternoon and saw armed military guards at the gates of some of the companies near where I worked. I got caught up in the traffic of the university as they evacuated, but made it home without too much delay.

The next day was one of fear and uncertainty. Was it over or were there more attacks to come? What was our response going to be? As more news came out at work, I found out that one of our employees was killed in the Pentagon and one member of our project team had been in the air after taking off from Boston around the same time as the hijacked planes. His plane was grounded in North Carolina and he had to drive the rest of the way to Florida.

One thing I remember in the days that followed was how quiet it was without any planes in the sky. I'm not close to the airport, but it is a very busy one and there is a fairly constant background noise of planes overhead. I never really noticed it until it wasn't there and it was a welcome noise when the planes started flying again.

As more details of the events came out, there was hope in the stories of heroism of  the passengers on Flight 93, the rescue teams in the Twin Towers, the survivors and many others. Today is a day to reflect on the many innocent lives lost, the heroes of that day, and the heroes in our public service and military forces that continue the fight against senseless acts of terrorism. 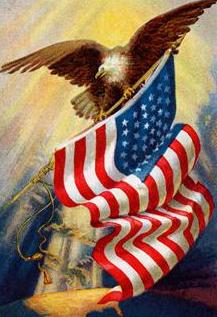