My sister and I were sight-seeing around the Merrion Square area of Dublin when we came upon this interesting looking monument in Merrion Park. 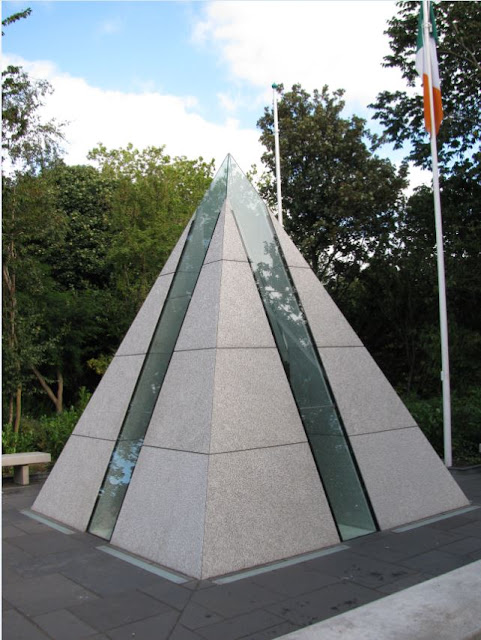 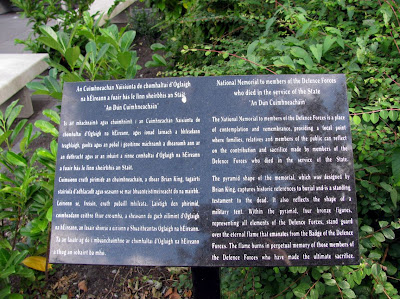 The plaque reads as follows:

The pyramid shape of the memorial, designed by Brian King, captures historic references to burial and is a standing testament to the dead. It also reflects the shape of a military tent. Within the pyramid, four bronze figures, representing all elements of the Defence Forces, stand guard over the eternal flame that emanates from the Badge of the Defence Forces. The flame burns in perpetual memory of those members of the Defence Forces that have made the ultimate sacrifice.

The four bronze figures inside the pyramid represent the Army, Navy, Air Corps and Reserve forces. Due to the reflective glass on the outside, my pictures of the figures inside mainly show my reflection, but I managed to get a picture of the eternal flame. It's a unique monument and worth a look if you're visiting Merrion Park. 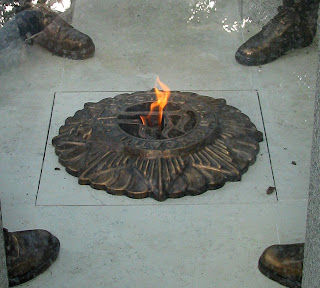