My great-grandfather Charles Creeden had several careers, including working as a foreman at the Mersman Furniture Factory, a stint as Mercer County Sheriff and owning a SOHIO service station. One of his longer careers was serving as Postmaster of Celina, Ohio from 1934-1954. Family legend has it that Charles was Postmaster during the first airmail delivery to Celina. 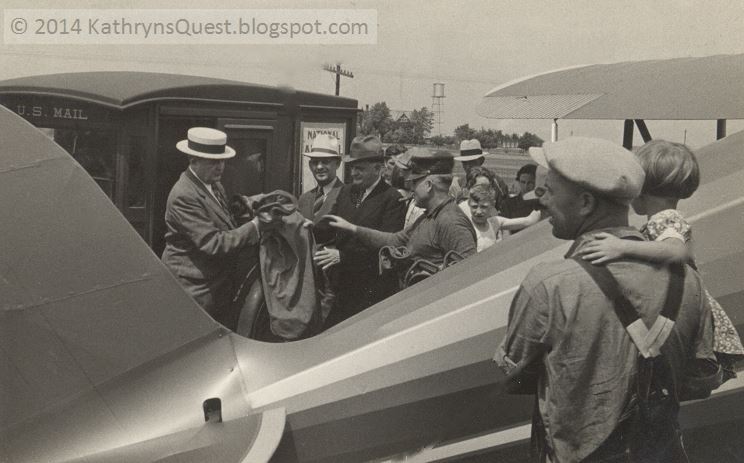 This picture lends a bit of proof to the legend. The picture was labeled "First Airmail Delivery to Celina, 1934". Charles is on the left receiving the mailbag. 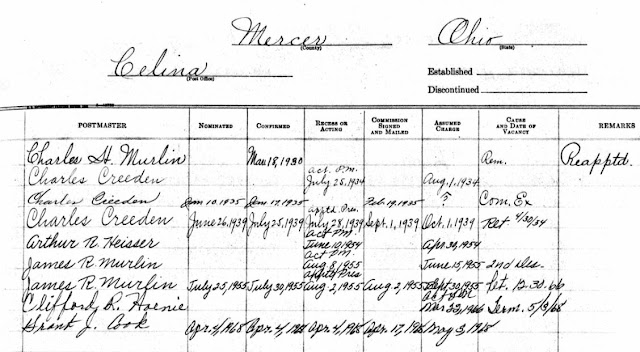 The Record of Appointment of Postmasters above shows that Charles was named Acting Postmaster on July 25, 1934 and assumed charge on August 1, 1934. He was nominated and confirmed for the position in 1935 and 1939 and he retired in 1954. I'm not sure why there were two confirmations, but maybe the first term was only for four years.

In November 1935, Charles spoke at the dedication of a new $50,000 post office building in Celina. A flag-raising ceremonial followed the speaking program. One of the speakers was Congressman Frank L. Kloeb.

This entry in the 1946 City Directory for Celina lists Charles and his wife Anna with their home address and phone number during his term as Postmaster. 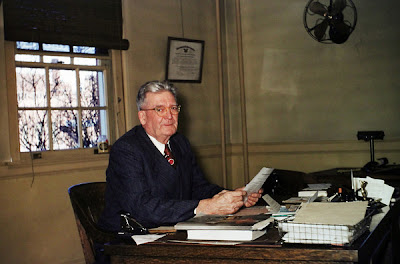 My Dad took the above photo of Charles working in his office in 1953.

Charles retired from his post on April 30, 1954. According to a Lima News article on Feb. 8, 1954, Charles Creeden, Celina postmaster, has resigned effective April 30, after serving the position 20 years, longer than any previous postmaster. When he took the post in 1934, the Celina Post Office was a second class office doing an annual business of $32,000. Last year, as a first class office, its volume was $288,000.

This picture was taken near the time of Charles' retirement. He loved the water and fishing, so hopefully he got to enjoy them a bit in retirement!