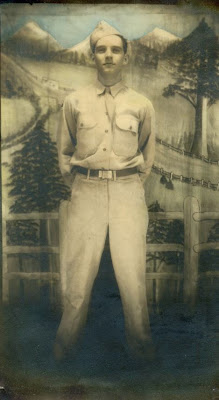 My great-uncle James H. Willis enlisted in the US Army from Philadelphia, PA on May 3, 1943. He was a Private and served until September 29, 1944. His enlistment record showed that he had a grammar school education and that his civil occupation was an unskilled worker in the automobile manufacturing industry. His obituary stated that he served in the African-Italian Campaign.

After his service in the Army, James worked as a contract auditor for the Sun Oil Company and he retired from there after 40 years of service.